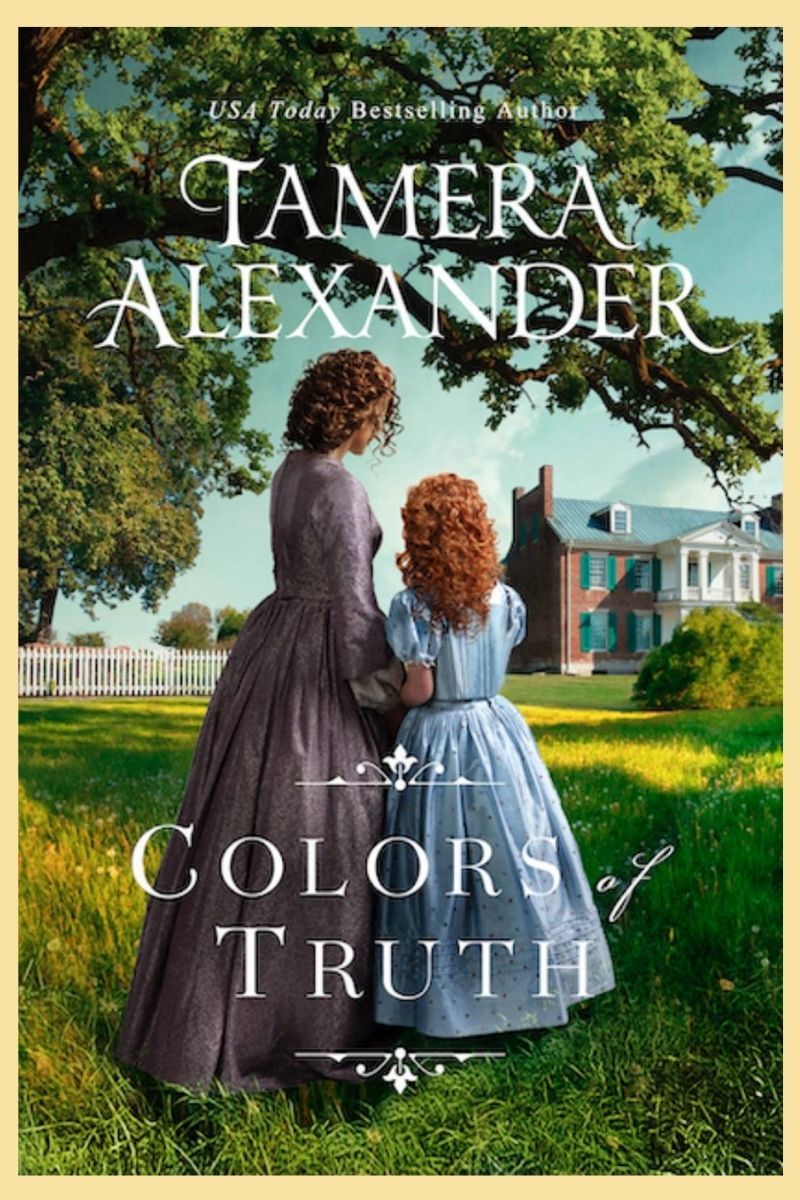 Back cover copy: In a town battered and bruised by war, one woman embarks upon an impossible search — and one man must face the past in the very place that almost destroyed him.

Tennessee, 1866. According to the last letter Irish immigrant Catriona O’Toole received from her twin brother, Ryan, he was being dispatched to Franklin, Tennessee, where — as a conscripted Confederate soldier — he likely endured the bloody Battle of Franklin that claimed the lives of thousands. Catriona leaves behind the lush green of their Irish homeland in search of him, with nothing to her name except the sum of cash Ryan sent to their family. Now the sole provider for her seven-year-old spitfire sister, Nora, Catriona hopes to reunite the siblings — the only surviving members of their devastated family.

Wade Cunningham is a former Federal soldier who now works for the newly formed United States Secret Service and is trying to uncover counterfeiting rings in the postwar South. In order to infiltrate their sophisticated enterprise, he must pose as a former Confederate in Franklin — a town where counterfeit greenbacks run rampant. When Wade meets Catriona, he is immediately intrigued by her and the little redheaded scamp in her care — but what he doesn’t anticipate is that the cash in Catriona’s possession is some of the most convincing counterfeit money he’s ever seen. Soon the object of Wade’s affection is also the suspect in a major crime — one he’s expected to prosecute.

My review: I have long been a fan of Tamera Alexander and have read all of her books, full of imperfect characters and rich historical details that add so much to the story without weighing it down. Colors of Truth is no exception.

Catriona is no stranger to struggles or grief but is determined to not let those mark her life. When she and Nora lose everyone else in their large Irish family to famine or other disease, the money Ryan sends is her only hope of a fresh start for herself and Nora. She decides to find Ryan and help him regain land that was taken from other family members years ago. Once in America, her high hopes soon crash into harsh realities no one warned her about — particularly prejudice against the Irish. People are suspicious of her traveling alone with Nora, are wary of taking her money, don’t want her in their places of business, and assume she’s a thief or troublemaker.

This thread of prejudice is layered throughout the book in ways that aren’t necessarily expected in a story set in the South on the heels of the Civil War. There’s the obvious prejudice against Catriona and Nora, plus the prejudice most characters still hold against Negroes and the North. Catriona and Wade don’t share the views of the Confederacy but shy away from speaking out because of their circumstances. Yet each notices small things about the other that hints of their true beliefs.

Redemption and accepting forgiveness are other important themes in Colors of Truth. Catriona and Wade both carry the weight of guilt from words and actions that they have trouble finding closure for because their loved ones are gone. They both have to learn how to ask for and accept forgiveness and how to make peace with their past and move on. It’s no easier task for them than it is for us in real life. Without sharing any spoilers, I’ll say that I loved the scene that brought them both the closure and peace that they so desperately needed.

The faith element in Colors of Truth is strong, as it is in all of Tamera Alexander’s books. Characters have all levels of faith and show it in all different ways, from speaking boldly to keeping it private to infusing little bits of it into everyday life. Catriona is especially affected by this and is finally able to believe that God hasn’t turned His back on her even though sometimes it can feel that way. That’s another life lesson for us as readers that manages to come through without being preachy. Alexander’s subtlety in handling those types of elements is one of my favorite things about her as an author.

Who should read it: Alexander’s books are always multilayered and have more than one plot thread running throughout. That means they’re more detailed and longer than some historical novels, but I personally enjoy the extra details she’s able to include because of the longer length. My guess is that her primary reader is an adult female, but anyone who enjoys historical fiction, especially stories set in the Old South, should enjoy Colors of Truth.

Bonus: Tamera Alexander shares a bit of conversation about cancel culture and Colors of Truth on the home page of her website. You might be interested in reading (and hearing) her perspective as an author of historical fiction.

Click here to subscribe to Leigh’s newsletter for writing updates, book recommendations and a bit of encouragement.

🌸 Whoever we are, wherever we might be, we have God's love and are strong and capable because of Him. Thanks for the beautiful reminder, @barbroose . ✝️
🖋 I’m honored to be today’s devotional blogger at Inkspirations Online, a website for Christian writers (link in bio ⬆️).
🎂 Wishing Mama the happiest of birthdays ever! So thankful she’s ours and am glad she let us give her the attention last night instead of her looking after all of us like she normally tries to do. I couldn’t ask for a better mom. I love you so much! ❤️
😁 First time I’ve ever had an emoji in my devotional reading. That must mean it’s going to be a good day, right? Hope you’re feeling smiley.
☀️ Beautiful, soul striking words to start the day. The One who is the Word wants to have a word with you.
😁 Everybody can always use a smile. Or a nice word. Or a balloon. 🎈